So, I was contacted by Jay Kerk to see if I wanted to read and review his debut A Predator & A Psychopath novel. After reading the synopsis I knew that I needed to read this right away!

I have lots to talk about, so let’s not waste any time…

After Jason is committed to a mental institution, he begins to uncover things he never knew before or things his mind shut out to protect him. Under the care of the facility’s doctors, he finds himself questioning what’s real and what’s not. What is the truth? What happened to him? Is his mind playing tricks on him?
What happened to his wife, Lisa? Where is Lea? Why can’t he remember what happened?Meanwhile, Jerry is dangerous and unpredictable. He envisions a world where boundaries are broken down and he is free to enforce his narcissistic belief that he has a divine mission. Technology allows him the freedom to use his position of trust to play with people’s lives. -Goodreads-

Oh man! I don’t even know where to begin with this crazy ride! This book just took a hold of me and didn’t relent, I became addicted and I just couldn’t get enough.

Straight off the bat you can tell that the author is a physician with a passion for psychiatry and psychology. These two individuals are inspired by real life cases which are well researched. I had no problem seeing these two as authentic people as there was so much character development. Our predator (Jerry) is deeply disturbing, there are quite a few sexual scenes with underage girls which may distress some readers. There are other less than savoury behaviours that he undertakes.
Jason is in a situation that I would not wish upon anyone. He’s in a mental institution accused of killing his wife and daughter while his son is still missing. If that’s not bad enough they are also accusing him of having a sexual relationship with his daughter.

The plot to this was insane, we have one man trying to find out what really happened to his family and the other is on the hunt for his alpha female. We are given insights into the working of their minds which was so fascinating. This was so close to being a 5 star book, I did leave this book with more questions than answers. On the other hand, it does seem very realistic, I can imagine this happening in a real life situation. We don’t always get the answers that we are fighting so hard for.

Overall, I loved the pace of this book and it was so interesting to try and get in the minds of both a predator and a psychopath even though parts were disturbing. I would definitely recommend this to those who are looking for a dark psychological thriller that will keep you hooked from the first page!
I’m giving it 4 cups of coffee out of 5! 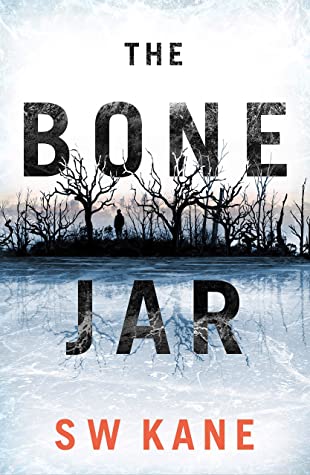