Since fully immersing myself within the book blogging and book tube community I have started listening to new audio books and hauling different genres. I love that I’m venturing out of my comfort zone but I feel like I’m neglecting my true love. All my crime books are left waiting patiently on my bookcase for me to pick them up. So as there are 6 months of the year left I’ve decided to make a list of 5 books on my blacklist that I want to read by the end of the year.

Side note: I don’t think I’m gonna include the whole goodreads synopsis here, it can be really dense, so I think I’m just gonna give you my interpretation of it in 2 sentences or less. (This may be a mistake!)

A boy digs holes on Exmoor to try and find the body of his uncle who went missing at the age of 11.
Obviously his next logical step is to write to the bored serial killer in prison…

I actually started reading this, however, I put it down, picked up a book for a blog tour and just forgot about it. Looking forward to picking it back up again though,

Serial killer said to be more frightening than Hannibal Lecter. Looks after his families macabre museum and now wants to add to his collection…

I bought this a couple of years ago, it just looked so unnerving and I knew I had to bring it home. Now I just need to actually pick it up!

The Girl in the Ice by Robert Bryndza

Woman found dead under a thick sheet of ice in a park. Prostitutes are being found strangled and dumped in water around London, are they connected?

I’ve heard so many good things about this book, I just don’t feel like it will be different to any serial killer books I have read in the past. Let’s hope that I’m pleasantly surprised.

Female bodies are being found, not a mark on their body, however, they have been stitched shut (yes down there) with something hidden inside. He may be keeping several more women hostage!

Wow! Ok, this one is going to be rough, I really love this series, granted they are definitely not for the faint hearted! But I love Chris Carters’ writing it literally is like binge-watching a series such as Luther! I’m so far behind with this series, I really need to get my act together and catch up! I think this one has to be the first backlist book that I pick up.

Bridget’s secret could get her killed, well that’s if she could ever escape the man who is keeping her locked up in a basement. As DS Grey and DS Miles uncover abuse, betrayal and murder, they soon realise that some secrets are better left buried…

I read the first book in the series so long ago, I really enjoyed it so bought this, I just haven’t felt in the mood to start reading it.

I’d love to know which books are on your backlist? Do you ever feel pressured to always keep up with the new releases? Also if you have read any of these please let me know your thoughts. 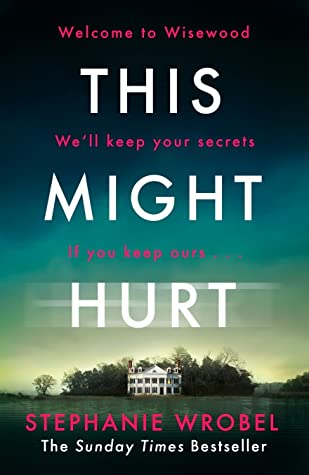