Top 5 Saturday is hosted by Mandy over at Devouring Books and today’s theme is books about plants/flowers so I’ve gone with books with plants on the cover, these are 5 books on my TBR.

Area X has been cut off from the rest of the world for decades. Nature has reclaimed the last vestiges of human civilization. The first expedition returned with reports of a pristine, Edenic landscape; the second expedition ended in mass suicide, the third in a hail of gunfire as its members turned on one another. The members of the eleventh expedition returned as shadows of their former selves, and within weeks, all had died of cancer. In Annihilation, the first volume of Jeff VanderMeer’s Southern Reach Trilogy, we join the twelfth expedition.
The group is made up of four women: an anthropologist; a surveyor; a psychologist, the de facto leader; and our narrator, a biologist. Their mission is to map the terrain, record all observations of their surroundings and of one another, and, above all, avoid being contaminated by Area X itself.
They arrive expecting the unexpected, and Area X delivers—but it’s the surprises that came across the border with them and the secrets the expedition members are keeping from one another that change everything.

On the eve of Earth’s destruction, a young scientist discovers something too precious to lose, in a story of cataclysm and hope by the #1 New York Times bestselling author of the Divergent trilogy.
It’s only two weeks before an asteroid turns home to dust. Though most of Earth has already been evacuated, it’s Samantha’s job to catalog plant samples for the survivors’ unknowable journey beyond.
Preparing to stay behind and watch the world end, she makes a final human connection.
As certain doom hurtles nearer, the unexpected and beautiful potential for the future begins to flower.
Veronica Roth’s Ark is part of Forward, a collection of six stories of the near and far future from out-of-this-world authors. Each piece can be read or listened to in a single thought-provoking sitting.

Into the Jungle by Erica Ferencik

Lily Bushwold thought she’d found the antidote to endless foster care and group homes: a teaching job in Cochabamba, Bolivia. As soon as she could steal enough cash for the plane, she was on it.
When the gig falls through and Lily stays in Bolivia, she finds bonding with other broke, rudderless girls at the local hostel isn’t the life she wants either. Tired of hustling and already world-weary, crazy love finds her in the form she least expected: Omar, a savvy, handsome local man who’d abandoned his life as a hunter in Ayachero—a remote jungle village—to try his hand at city life.
When Omar learns that a jaguar has killed his four-year-old nephew in Ayachero, he gives Lily a choice: Stay alone in the unforgiving city, or travel to the last in a string of ever-more-isolated river towns in the jungles of Bolivia. Thirty-foot anaconda? Puppy-sized spiders? Vengeful shamans with unspeakable powers? Love-struck Lily is oblivious. She follows Omar to this ruthless new world of lawless poachers, bullheaded missionaries, and desperate indigenous tribes driven to the brink of extinction. To survive, Lily must navigate the jungle–its wonders as well as its terrors—using only her wits and resilience.

THERE’S MAGIC IN HER BLOOD.
Arrah is a young woman from a long line of the most powerful witch doctors in the land. But she fails at magic, fails to call upon the ancestors and can’t even cast the simplest curse.

Shame and disappointment dog her.

When strange premonitions befall her family and children in the kingdom begin to disappear, Arrah undergoes the dangerous and scorned process of selling years of her life for magic. This borrowed power reveals a nightmarish betrayal and a danger beyond what she could have imagined. Now Arrah must find a way to master magic, or at least buy it, in order to save herself and everything she holds dear.

The small Connecticut town of Sanctuary is rocked by the death of its star quarterback.

Daniel’s death looked like an accident, but everyone knows his ex-girlfriend Harper is the daughter of a witch – and she was there when he died.

Then the rumours start. When Harper insists Dan was guilty of a terrible act, the town turns on her. So was his death an accident, revenge – or something even darker?

As accusations fly and secrets are revealed, paranoia grips the town, culminating in a trial that the whole world is watching . . . 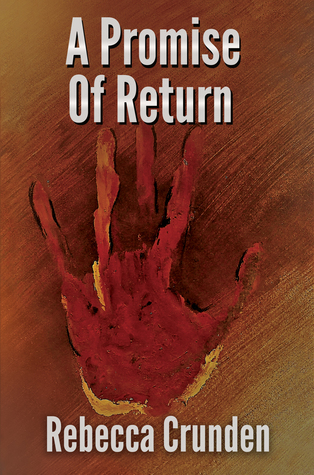