There are three sides to every story: Yours. Mine. And the truth…
Max and Alissa have a fairy tale life—newlywed, madly in love and enviously rich. Then Max is brutally stabbed to death at their home and Alissa, miraculously, escapes with her life. But why was she spared?
The hunt for the killer begins, uncovering a number of leads—was Max’s incredible wealth the motive? Had his shady business practices finally caught up with him? Or was it a stalker with a dangerous obsession?
Devoted friends rally around gentle, sweet Alissa as she is left to mourn the loss of her husband and pick up her life. But not everyone is who they seem…Deep-rooted jealousies, secrets and twisted love lie just beneath the surface, and not all fairy tales have a happy ending.

This has a high rating of 4.07 from 5,905 people, I find the cover really off-putting, however I shouldn’t judge a book by a cover, I may give this a go.

The Last Girl (The Dominion Trilogy #1) by Joe Hart

A mysterious worldwide epidemic reduces the birthrate of female infants from 50 percent to less than 1 percent. Medical science and governments around the world scramble in an effort to solve the problem, but twenty-five years later there is no cure, and an entire generation grows up with a population of fewer than a thousand women.
Zoey and some of the surviving young women are housed in a scientific research compound dedicated to determining the cause. For two decades, she’s been isolated from her family, treated as a test subject, and locked away—told only that the virus has wiped out the rest of the world’s population.
Captivity is the only life Zoey has ever known, and escaping her heavily armed captors is no easy task, but she’s determined to leave before she is subjected to the next round of tests…a program that no other woman has ever returned from. Even if she’s successful, Zoey has no idea what she’ll encounter in the strange new world beyond the facility’s walls. Winning her freedom will take brutality she never imagined she possessed, as well as all her strength and cunning—but Zoey is ready for war.

This sounds right up my alley so I really need to get my hands on a copy of this!

A healer who cannot be healed . . .
When Zivah falls prey to the deadly rose plague, she knows it’s only a matter of time before she fully succumbs. Now she’s destined to live her last days in isolation, cut off from her people and unable to practice her art—until a threat to her village creates a need that only she can fill.
A soldier shattered by war . . .
Broken by torture at the hands of the Amparan Empire, Dineas thirsts for revenge against his captors. Now escaped and reunited with his tribe, he’ll do anything to free them from Amparan rule—even if it means undertaking a plan that risks not only his life but his very self.
Thrust together on a high-stakes mission to spy on the capital, the two couldn’t be more different: Zivah, deeply committed to her vow of healing, and Dineas, yearning for vengeance. But as they grow closer, they must find common ground to protect those they love. And amidst the constant fear of discovery, the two grapple with a mutual attraction that could break both of their carefully guarded hearts.

I think I only added this book to my TBR purely for the cover without reading the synopsis, I thought for sure that I would be removing it, however I really am interested in reading this now.

“Stand by Me” meets “True Detective” in this stunningly written tale of the darkness at the heart of a small mid-Western town and the four kids who uncover it. In the heatwave summer of 1971, four kids find a body by a lake and set out to solve a murder, but they dig too deep and ask too many questions. Larson is a town reeling in the wake of the Vietnam draft, where the unrelenting heat ruins the harvest, and the people teeter on the edge of ruin. As tension and paranoia run rife, rumours become fact, violence becomes reflex. The unrest allows the dark elements of the close-knit farming community to rise and take control, and John, Jenny, Gloria, and Rudy are about to discover that sometimes secrets are best left uncovered.

I don’t remember ever seeing this book or even adding it to my TBR, I’m not a massive fan of small town mysteries so I’m just gonna go ahead and remove this one.

The Night Brother by Rosie Garland

Rich are the delights of late nineteenth-century Manchester for young siblings Edie and Gnome. They bicker, banter, shout and scream their way through the city’s streets, embracing its charms and dangers. But as the pair grow up, it is Gnome who revels in the night-time, while Edie wakes exhausted each morning, unable to quell a sickening sense of unease, with only a dim memory of the dark hours.
Confused and frustrated at living a half-life, she decides to take control, distancing herself from Gnome once and for all. But can she ever be free from someone who knows her better than she knows herself?
A dazzling and provocative novel of adventure and belonging, The Night Brother lures us to the furthermost boundaries of sexual and gender identity. With echoes of Orlando and Jekyll Hyde, this is a story about the vital importance of being honest with yourself. Every part of yourself. After all, no-one likes to be kept in the dark.

I’ve no idea why I would add this to my TBR as it isn’t something I am interested in.

If families are like solar systems — bodies that orbit in time around one another, sometimes close and sometimes far away — what is the force that moves them? And what are the consequences when one planet tugs others off course?
Lotte is an astronomer who spends her nights peering into deep space rather than looking too closely at herself. Returning to her hometown after years abroad, and reeling from a devastating diagnosis, she finds that much has changed. Lotte’s father has remarried, and she’s estranged from her former best friend, Eve. Initially, Lotte’s return causes disharmony, but then it is the catalyst for a much more devastating event — an event that will change Lotte and Eve’s lives forever.
Gravity Well is a striking and tender tale of friendship and family. Compassionate and profoundly moving, it is a heartrending portrait of how we rebuild when the worst has happened.

This is the third book in a row that I don’t remember ever seeing so I must have just been clicking on interesting looking covers without even reading the synopsis. This is a contemporary which don’t really interest me.

The Unkindness of Ravens by Abra Staffin-Wiebe

The oba is dead.
The Eight Great Houses are under attack … and they are losing.
What’s worse than being ignored by your god?
As the royal heir from House Crow, Anari is desperate to protect his people from a plague-driven war.
Without the blessing of his god, he doesn’t have the magical power to compete in the succession battle for the beaded crown of the oba. He is easy prey for the strongest heirs. To stay alive, he must be quick and clever.
When his plans go wrong, he does the unthinkable.
Worse is having your god owe you a favour. Particularly when he’s a trickster.
Anari might not become the ruler of his people, but he has won his god’s undivided attention. If he can survive what he’s put in motion, he will have one chance to save them all. Fortunately, Anari has a few tricks up his own sleeve …

This sounds so interesting, I definitely don’t want to remove it from my list.

The remnant of Glenrock has been scattered. But they are not beaten.
The Safe Lands have long kept the true meaning of Liberation secret from their people. But after being sentenced to Liberation themselves, Mason and Omar soon discover the truth.
Levi watched his brothers’ public sentencing and tries to hold out hope they are still alive. He is forced to focus his attention otherwise, however, when his new wife, Jemma, is captured and made the Safe Lands’ newest Queen. His only choice to save Jemma may be to take up Omar’s old role of undercover vigilante, leading the rebels in their quest to overthrow the government. But will Levi’s new role be enough?
Meanwhile, Jemma’s sister, Shaylinn, is ready to give birth to the “Safe Lands'” children … but not even Ciddah is sure they can be delivered safely in the midst of a rebellion. And Mason must face the fact Omar’s illness could be fatal.
If they can all unite their efforts, together they may be able to expose the Safe Lands’ lies to the people. But if they fail, they will all surely die.

This is the third book in a series that I probably won’t ever start so there’s no point keeping it on here.

A portrait holds the key to recovering a cache of looted artwork, secreted away during World War II, in this captivating historical art thriller set in the 1940s and present-day Amsterdam.
When a Dutch art dealer hides the stock from his gallery – rather than turn it over to his Nazi blackmailer – he pays with his life, leaving a treasure trove of modern masterpieces buried somewhere in Amsterdam, presumably lost forever. That is, until American art history student Zelda Richardson sticks her nose in.
After studying for a year in the Netherlands, Zelda scores an internship at the prestigious Amsterdam Historical Museum, where she works on an exhibition of paintings and sculptures once stolen by the Nazis, lying unclaimed in Dutch museum depots almost seventy years later.
When two women claim the same painting, the portrait of a young girl entitled Irises, Zelda is tasked with investigating the painting’s history and soon finds evidence that one of the two women must be lying about her past. Before she can figure out which one it is and why, Zelda learns about the Dutch art dealer’s concealed collection. And that Irises is the key to finding it.
Her discoveries make her a target of someone willing to steal – and even kill – to find the missing paintings. As the list of suspects grows, Zelda realises she has to track down the lost collection and unmask a killer if she wants to survive.

I’m not really interested in mysteries anymore so I know that I will probably never read this.

When horror author Thad McAlister began his latest novel, a tale rooted in the witch trials of centuries past, the words flowed effortlessly. The story poured forth, filling page after page with the most frightening character ever to crawl from his imagination. It was his greatest work, one that would guarantee him a position among the legends of the craft.
But was it really fiction?
He inadvertently opened a door, one that would soon jeopardise the lives of his family.
She wants to come back.
At home, his wife struggles to keep their family alive. Secretly wondering if she caused it all…a deal she made long ago. A deal with the Forsaken.

This has definitely piqued my interest! 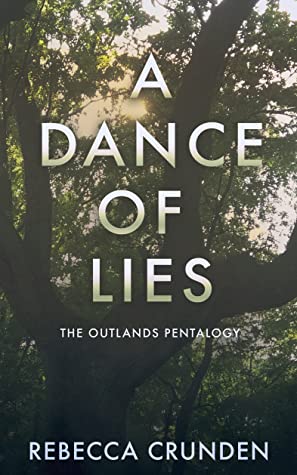