The Raven Boys (The Raven Cycle #1) by Maggie Stiefvater
(DNF)

I know that this is a pretty unpopular opinion however I just don’t think that magical realism is my jam. I stopped listening to the audiobook after around 50%, I have been told that the narrator doesn’t do a great job so that may be one of the reason why I just wasn’t interested and ended up bored. Another possible reason is that this is very character driven and I prefer a lot of plot to my books. There’s so many books that I really want to get to that I don’t think I will be giving this series a second chance.

I’ve been listening to the Wayward Children series on Scribd as they are really short audios and I really loved the first two, Down Among the Sticks and Bones actually made it to my Top 19 of 2019. I’ve found that I really don’t enjoy the stories in a nonsense world, I’m definitely more of a logical person. I’m really disappointed about this as it has stopped my momentum within the series and I still haven’t picked up the next book In an Absent Dream, hopefully that will change in 2020 with the release of the 5th book.

I really didn’t enjoy this book! It’s a noir, old time detective novel, however that is not what made me dislike the book, the main character and the authors writing style really made me angry. This didn’t focus as much on “The Case” as it did on his sexual encounters with many women who all had “a sexy bush”. Honestly the amount of times this phrase was used made my toes curl and really pulled me out of the story, I’ve actually been put off reading anymore books by this author.

The Hidden Wife by Amanda Reynolds
(3 out of 5)

The only reason that The Hidden Wife has made it onto this list is because I was really looking forward to this book and it just didn’t live up to my expectations. I also found the ending really unsatisfactory, it could have taken such a different turn. That’s all I’m gonna say for this book as it is a thriller so I don’t want to spoil it if you do want to check it out.

I have been wanting to get to this book for years, I haven’t even watched the film because I knew that I wanted to read this before watching it. But I felt like it really wasn’t worth the wait, I think everyone knows that basics of this book, he’s an author, she’s a massive fan of his work, he get’s into a crash and she holds him hostage and forces him to write a new book to keep her favourite series alive. Unfortunately that is pretty much the whole 369 pages of it, I was bored and expected so much more, I don’t even think I want to watch the movie now.

Part of your world by Liz Braswell
(3 out of 5)

This has to be my most disappointing of the list, The Little Mermaid (Joint with Mulan) is my favourite Disney movie, so I was super excited to read a twisted tale of what would happen if Ariel had never defeated Ursula. I was a little bored through this, I understand that this is YA but I wish they would have taken the story further. I also have Reflection on my bookcase which is the twisted tale for Mulan which I have now been put off reading, it is by a different author so maybe this will be a little more exciting.

I absolutely loved the first book in this series Cinder, I read that book in just one day so I couldn’t wait to jump into the second book Scarlet, which as you can probably tell introduces us to a retelling of Little Red Riding Hood. I was really let down with this book, Scarlet as a character was just plain, I didn’t feel any connection to her and Wolf was pretty boring until the last 50 pages ish. I just wanted more story from Cinder & Prince Kai, I’m hoping the third book in the series Cress improves as I really want to love this series.

Hidden Bodies (You #2) by Caroline Kepnes
I finished this back in January so let’s be honest I’m gonna be a little fuzzy on the finer details, since this book I’ve read about 132 and not one of them has been any worse than this!
So I listened to You back in December last year and I absolutely loved it! It was so creepy and the audiobook literally made me feel like I was in Joe’s head, a little unnerving but fascinating.
THERE SHOULD NEVER HAVE BEEN A SEQUEL!
I had such high expectations for this book, what could Joe possibly get to next?
Oh boy what a snooze fest this was! I was so bored I had to force myself to finish this book, the plot was so boring that I don’t actually remember what Joe was doing. All the supporting characters we just stereotypical wannabees flocking to find their big break in Hollywood.
His new girlfriend is called “Love”, yes she is called Love! I mean honestly this book was just a waste of time, there was no character development or plot at all.
If you loved You then I would definitely recommend just leaving it as a standalone.

I’d love to know what books have disappointed you most this year?
See you in the next one… 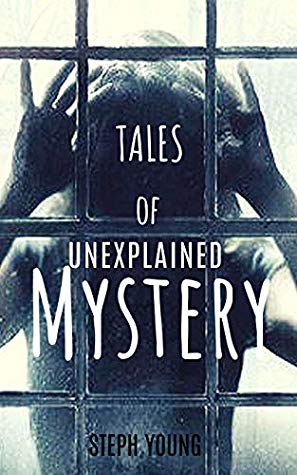