So, if you’ve been here for a while, you will know that I absolutely love the Robert Hunter series by Chris Carter and I’m making my way through them on audio. If you have missed my other reviews you can catch them here.

I have another two today so let’s get started…

‘I need your help, Detective. Fire or water?’ Detective Robert Hunter of the LAPD’s Homicide Special Section receives an anonymous call asking him to go to a specific web address – a private broadcast. Hunter logs on and a show devised for his eyes only immediately begins. But the caller doesn’t want Detective Hunter to just watch, he wants him to participate, and refusal is simply not an option. Forced to make a sickening choice, Hunter must sit and watch as an unidentified victim is tortured and murdered live over the Internet. The LAPD, together with the FBI, use everything at their disposal to electronically trace the transmission down, but this killer is no amateur, and he has covered his tracks from start to finish. And before Hunter and his partner Garcia are even able to get their investigation going, Hunter receives a new phone call. A new website address. A new victim. But this time the killer has upgraded his game into a live murder reality show, where anyone can cast the deciding vote.
– Goodreads –

Oh boy! Robert Hunter & Carlos Garcia will always have a special place in my heart, I absolutely love the partnership (bromance) between them and it just keeps growing stronger. The lengths that they go to protect each other are something special, especially later on in the book when things become personal, that’s all I’m going to say about that.

I really loved this plot as with all of his plots it was super unique and actually quite chilling. The killer is posting live feeds of his victims on a website and asking the public to pick the death from two gruesome options, one of the victims simply has an option of live or die and honestly the results are shocking. I believe there is definitely a deeper meaning in terms of us as a society and how we act when we have the cover of anonymity. This is very apparent in the scene where two strangers lie to each other about the fact that they both actually took part in the voting that resulted in a death.

Chris Carter always manages to tie up each of the strings perfectly, giving us a really satisfying ending. If you hadn’t already guessed One by One is getting the full 5 cups.

A freak accident in rural Wyoming leads the Sheriff’s Department to arrest a man for a possible double homicide, but further investigations suggest a much more horrifying discovery – a serial killer who has been kidnapping, torturing and mutilating victims all over the United States for at least twenty-five years. The suspect claims he is a pawn in a huge labyrinth of lies and deception – can he be believed?
The case is immediately handed over to the FBI, but this time they’re forced to ask for outside help. Ex-criminal behaviour psychologist and lead Detective with the Ultra Violent Crime Unit of the LAPD, Robert Hunter, is asked to run a series of interviews with the apprehended man. These interviews begin to reveal terrifying secrets that no one could’ve foreseen, including the real identity of a killer so elusive that no one, not even the FBI, had any idea he existed … until now.
– Goodreads –

This is actually pretty different to the others in the series so far as Carlos Garcia is not involved as he is away with his wife, yet we did get to find out a little more about Robert Hunters past. Chris Carter has an ability to create very disturbed characters so well that it sometimes worries me what goes on in his mind!

I can’t really go into too much detail as it definitely is one that is best if you don’t know anything about. Just know that this book takes a bit of a different turn than the others in the series but we gain so much from this that I just had to give it the full 5 cups of course! 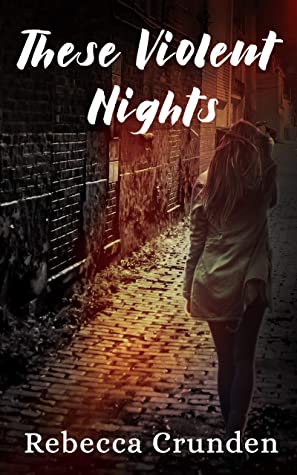