So today I thought that I would get involved with Tag Tuesday as I love reading these posts, this tag originates from the YouTube channel GabsAboutBooks. So I was planning on doing the regular Goodreads Tag when I came across this and thought it would be more fun, so let’s get started.

I am Pilgrim by Terry Hayes, so this has an average rating of 4.25 and I gave it 2 out of 5 stars. I wanted so badly to love this book, there was so much hype and I loved the concept. So where did it all go wrong? This book was so long (894 pages I believe) Now don’t get me wrong I love my mammoth reads, I have a post in the pipeline for that, but if it is going to be a long read I need to be captivated else I find it very difficult to bring myself to keep reading. I felt like this book was being dragged out and there was far too much focus on the frustratingly arrogant main protagonist. 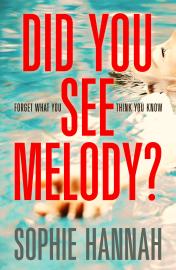 Did you see Melody? by Sophie Hannah had an average rating of 3.32 while I gave it 5 out of 5 stars. I was pleasantly surprised at how much I enjoyed this book,  I received this from NetGalley to review in 2017 and it was definitely worth the read.I don’t really reread books due to the massive number of books on my tbr, however this one I would definitely consider visiting again. 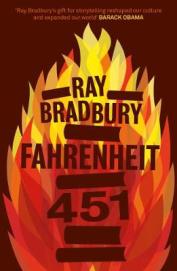 Fahrenheit 451 by Ray Bradbury has 1,373,296 ratings with an average of 3.98 but I gave it 2 out of 5 stars. Now, I know that this is a classic and I was waiting for months to see it in my library, but I just feel like I finished it with so many questions that I just didn’t enjoy it.

The Stranger Upstairs by Melanie Raabe only has 873 ratings with an average of 3.51 and once again I gave it 2 out of 5 stars, this seems horrible I don’t normally give 2 stars I promise haha! To be honest the majority of these books included in the tag I read a few years ago before I fully started appreciating the importance of reviews and ratings.

Choose two books that have an average rating of 3 out of 5 stars but you gave a higher rating.

The Innocent Wife by Amy Lloyd an average rating of 3.46, however I gave this 5 out of 5 stars. I loved it and it’s one of the books that I recommend that people read. This reminded me of a more thrilling version Making a Murderer. Fierce Kingdom by Gin Phillips, this was given an average rating of 3.52 while I gave 5 out of 5 stars again (see not all 2 stars haha!) This book was not my usual read and I think that is why I enjoyed it more. Studying the psychology of maternal instincts in dangerous situations.

Choose two books that have an average rating of 3 out of 5 stars but you gave a lower rating? 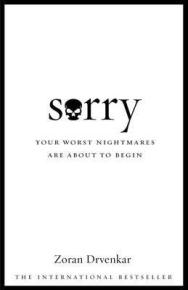 Choose two books that have an average rating of 4 out of 5 stars but you gave a lower rating.

Choose two books that have an average rating of 2 out of 5 stars but you gave a higher rating.

Now it will probably shock you to know that there is only one book on my Goodreads shelf which had a rating of 2, and that is The Birthing House by Christopher Ransom. I gave this 3 out of 5 stars.

Do you use Goodreads as a guide for books you want to read?
If I have a few books in front of me that I can’t decide which to read first then I do usually search each of them and pick the one with the highest average rating.

I really enjoyed doing this tag and looking over the books that I have read all through the years, I may do one or two tags a month if you enjoy them? Please let me know in the comments below.

Also I Tag any of you who would like to take part, please post your link in the comments, I would love to read your versions.
Thank you so much for reading, see you in the next post…

3 thoughts on “Goodreads Was Wrong Tag”