So today’s post is a quick list of the new releases next month which have been taken from my personal shelves on NetGalley. I have read My Lovely Wife and will be posting a review on Thursday (21st February). At the time of writing this I am halfway through On My Life, the other four are on my TBR. They are in the order of publication ranging from 7th – 26th March. I hope you enjoy.

Catching a killer is dangerous – especially if he lives next door. From the author of The Kind Worth Killing and Her Every Fear comes a chilling tale of a young suburban wife with a history of psychological instability whose fears about her new neighbour could lead them both to murder.

When the neighbours meet, Hen spots a familiar object displayed on the husbands shelf. A sport trophy exactly the same as the one that went missing from the home of a young man who was murdered two years ago. Hen knows this because she’s had a long obsession with this unsolved murder, one which she no longer talks about, but can’t shake off either.
Could her neighbour, Matthew, be a killer?

Framed. Imprisoned. Pregnant. Jenna thought she had the perfect life: a loving fiancé, a great job, a beautiful home. Then she finds her stepdaughter murdered; her partner missing. And the police think she did it…

Following on from The Ice Beneath Her.
In a small backwater town in Sweden, a young boy with a dark secret comes across a diary. As a cold case investigation suddenly becomes eerily current, a police investigator mysteriously disappears.
What links these seemingly random events? As atrocious acts from the past haunt the present and lives are changed forever, some will struggle to remember – while others struggle to forget . . . 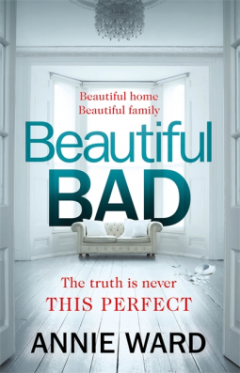 When an accident leaves Maddie badly scarred, she begins attending therapy where she gradually reveals her fears about Ian’s PTSD and her concerns for the safety of their young son Charlie
From the Balkans to England, Iraq to Manhattan, and finally to an ordinary family home in Kansas, the years of love and fear, adventure and suspicion culminate in The Day of the Killing, when a frantic 911 call summons the police to the scene of shocking crime.

But what in this beautiful home has gone so terribly bad? 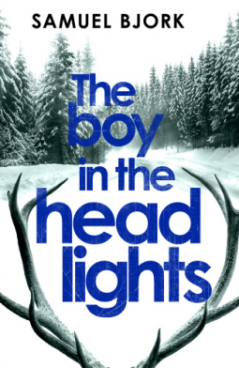 The third instalment of the Munch and Krüger series. Winter 1996 An old man is driving home when his headlights catch an animal on the empty road up ahead. He stamps hard on the brakes. But it is not an animal at all. It is a young boy, frightened and alone, with a set of deer antlers strapped firmly to his head.

Fourteen years later, a body is found in a mountain lake. Within weeks, three people have died. Each time, the killer has left a clue, inviting Special Investigations Detectives Munch and Krüger to play a deadly game – a game they cannot possibly win. Against the most dangerous and terrifying kind of serial killer. One who chooses their victims completely at random. 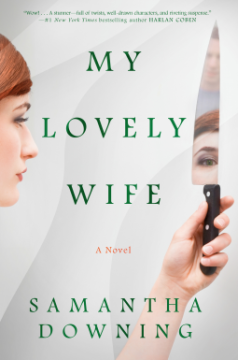 Our love story is simple. I met a gorgeous woman. We fell in love. We had kids. We moved to the suburbs. We told each other our biggest dreams, and our darkest secrets. And then we got bored.

We look like a normal couple. We’re your neighbours, the parents of your kid’s friend, the acquaintances you keep meaning to get dinner with. We all have secrets to keeping a marriage alive. Ours just happens to be getting away with murder.

I would love to read your comments, have you read any of these?Or have I missed any books which are being published in March?